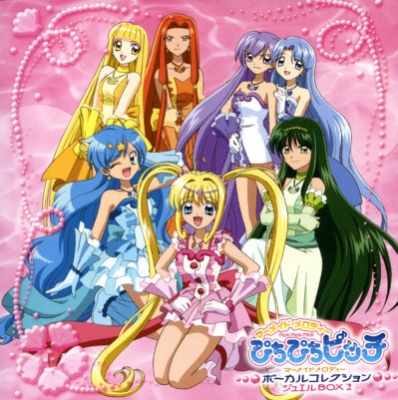 Nanami Lucia is a princess of the North Pacific, one of the seven mermaid kingdoms. In order to return the pearl given by a boy who met an accident in the sea when she was small, she came to the human world.

Holding the faint hope… “I may be able to meet my first love.”

Domoto Kaito, a teen-surfer whom Lucia accidentally met upon her coming to the human’s world, was attacked by a “suiyou” (water demon). Actually, Kaito was the boy Lucia had once saved.

Lucia, embracing her faint love for Kaito, transformed using the power of the pearl, defeated the “suiyou” by holding the mike in one hand singing and dancing!