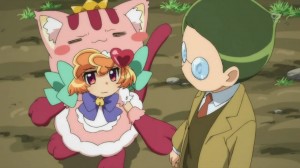 In this land of snow, where no flowers grow,

Made from the blanket that drifts from the sky

When the sun comes up, we can’t shield ourselves;

Our smallest will be the first one who melts.

Our arms and noses are brittle and weak.

It’s like our life – it is ever so bleak.

Our masters are harsh, unsightly, and cruel.

We keep them warm when they run out of fuel.

Huddled ‘round their house, we bear the fierce waves

Of winds that threaten to tear up their eaves.

Not one ‘thank you’, just people to appease;

If they build us queer, they’d poke fun and tease.

Our builders have become slaves to routines.

They work the year round; they’re living machines.

Whenever they build a few more snowmen,

Their features are bland, hopeless, and barren.

Figures with nose rings and hair shaped like spikes;

Even their ‘waste’, all over us, frozen.

Gagged, bound, and weighted, then tossed out to sea!

The saner of us will try to make sense

For the newly created, why it is hence:

That a being so white and pure would have

Creators with audacity to laugh

At folk who’ve provided so much for them:

Shelter them from strong winds, their heat we’d hem;

Hours of delight for all their young ones;

Even melting us for their thirsty tongues;

Guard them, as scarecrows, against bear or dog;

Instead, they leave us to freeze in the fog.

No more days of cold on which to rely.

Bless us; we’re at the mercy of the sun,

Watching others get shorter – that’s no fun!

Imagine the horrors that would unfold

If we could react, speak, and be as cold

As the snow of which we’re chiefly made

The hordes of us, with ice-bullet rifles

Would storm your streets, any life we’d stifle.

You’d all look at us with fear in your eyes,

And guilt, too, for you were wrong to despise

Instead, we have all been misunderstood.

We’d wipe out every last adult and child!

Just wait ‘till the winter’s over and done;

If you’d fight back, we’d just push even more

‘Till grounds were bloody and covered with gore!

We tried to cope, but we couldn’t do it;

If we had stomachs, it would make us sick!

We’d punish you all for what we have felt

For all the sins and injustice you’ve dealt.

As we think of you and your mastery

Of your so-called dominance over all

When some things are obviously not your call.

We would humiliate one of your kin

By capturing him without your knowing,

Dressing him in quite ridiculous clothes,

Jamming a big carrot right up his nose,

Cut off his arms and replace them with sticks,

Make him sing carols all day (just for kicks),

Put him on a TV show for our kids,

If the time comes for him to ‘melt’ away,

We will not hesitate, no, we’ll not sway;

Dropping him off mid-tundra should suffice

Since all he can do is turn into ice.

As a testament to his last footsteps

We would leave his last quote on your doorstep:

“Of all their damned plots, this one is a gem;

They brought me here to turn me into them!”

Than deal with you monsters who’ve got some nerve.

Alas, we can’t move; we curse this damned fact

‘Cause your bones and muscles we sorely lack.

To be free from the vicious hands of time

And you curst creatures: a dream most sublime.

Effigies are we, so hopeless and cold,

Blank statues of pain, nothing dear to hold.

We did not choose to be born to this life,

Especially with all these wars and strife.

We cannot conceive a fate worse than this;

If there is, well then, ignorance is bliss.

If you ask for all this in one word, sure:

‘Course, when we melt, all our cries are unheard;

When building snowmen, don’t think of them thus:

So say a prayer whenever we melt,

And try on our shoes; how would you have felt?