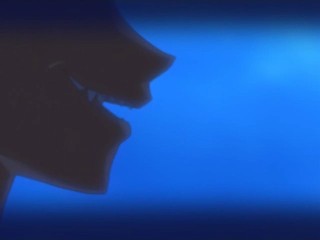 Yep, you heard right! Mermaid Melody Pure 2! 😉 Brought to you by your fearless Licca-Fansubs and us Wasurenai staffers! *^_^*

When I made my previous post, for ep 1, I was soooooooo excited about stuff, I forgot to mention a couple things. So, gonna try again. 🙂

First off, about the ooooooold releases, which I made mention of a while back. As it so happens, a semi-anonymous benefactor (who wishes to remain fully anonymous) supplied us with most of the old scripts. So, it’s less a matter of transcription from the hardsubs, and more that we just need editors to sift through them all. We didn’t get any nibbles on my last all-call, but maybe with this change in what it would entail might make it sound more appealing.

I should also mention, that although Ekke-sama will not be joining us with Mermaid Melody Pure, he has provided a nice wealth of mermaid-style screenies which he’s been making from his games. With his blessing, I’ll post a few of them (Spread out, of course. Don’t want folks here to go into a coma from too much mermaidism.)

PS: Has anyone else ever tried Googling ‘wasurenai’ before? I’m quite honored to be among the top tags! <Bows to my adoring fans>

PPS: Shoutout to Hologfx, both as for birthday wishes, and as a mermaid-anime-loving mermaid. 😉 I salute your efforts, sir! <Salutes>

PPPS: As I’m sure the astute readers have noticed… there wasn’t an April Fools gag from us this year. Not that we didn’t have one… it just didn’t get released. <Forehead slap> Oh well, better luck next year. The release itself is legit, just that it was “creatively mislabeled.” So, without further ado, presenting … Oh, screw it. :p