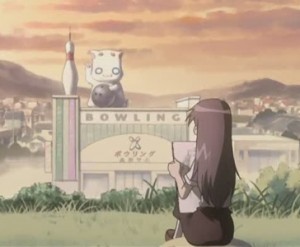 Okay first off, Screw CNN! They don’t know what the hell their talking about! Sorry had to get that off my chest. Alright, it’s me Webbmaster62 back with another update for all you peeps. Hope you guys enjoyed our April Fools joke earlier this week. XD We had fun with that. Next, we need TRANSLATORS! We really need ’em. If we had another one or two, it would help us a lot. I like to give Asairo a break here. Now, here we go:

Mermaid Melody Pichi Pichi Pitch
The regular 45 just came out (GO GRAB IT NOW!). 46 will be on it’s way as well. Now as for PURE…….WE WILL DO IT!!! We been asked over and over again about it and yes it will get done. Like I said earlier, the more help, the faster we can get to it. As for episodes 1-39 by LUNAR, I believe Lexica-chan has them. So when we finished this first season, we’ll probably release a huge batch for both ours and theirs. That’s it so far for this one. We actually do plan on going back and probably doing the DVD versions for 1-39 as well but that will be awhile.

11 Eyes
Yes, were still going to finish it. What we’ll probably do is wait until either the DVDs or BDs are all out then we’ll go from there. I love this series personally so I’m gonna make sure we finish it.

Yes, were almost caught up not saying that episode 26 is out today. LOL 24 is pretty much done. (working on typeset maybe at a part) 25 is at timed and time check. 26 is at of course TL. We now also know that this show is gonna be about 51 episodes so what I’ll probably do is have us release a first half batch after we do some works on some episodes. Maybe 1-26 after we get done.

It’s coming along..slowly. XD 24 is next. Then 25 and so on. I really have no idea on the progress as to where we are so I’ll have to ask either Asairo or Shin on that one. Hopefully, we’ll have a release soon.

Alright, here we go the big one… Iseaki (the series) is finished and we have been currently working on this show alot. We’re on 11 for BD as of now. We plan on releasing a huge batch for this one. Give us until like the end of April. We should have a good amount of them done by then. So no, it’s not dropped, we never dropped it, we been working our butts off on it just behind the scenes that’s all. So if you been waiting this long on us, we thank you. We will reward you greatly soon enough. ^^

Last but not least, our very first sub series. Okay, we know 13 is out, but we want a better RAW than the one that is out right now. When we get that, we’ll be all over 13. The DVDs will be next as well as the specials as I always have said. We love this show so of course everything will get done.

Now we have like 3 series that are over 50 episodes long(Excluding MMPPP)that we’re working on. So, I’m not sure if we’ll pick up anything else for this new season. It would be too much for us. Unless the show is super easy and short. XD Anyways, that’s it for now. Look for more Yumeiro and MMPPP coming out next. Also, hit up our sub-division site as well for more info and releases when they come.
Until then….